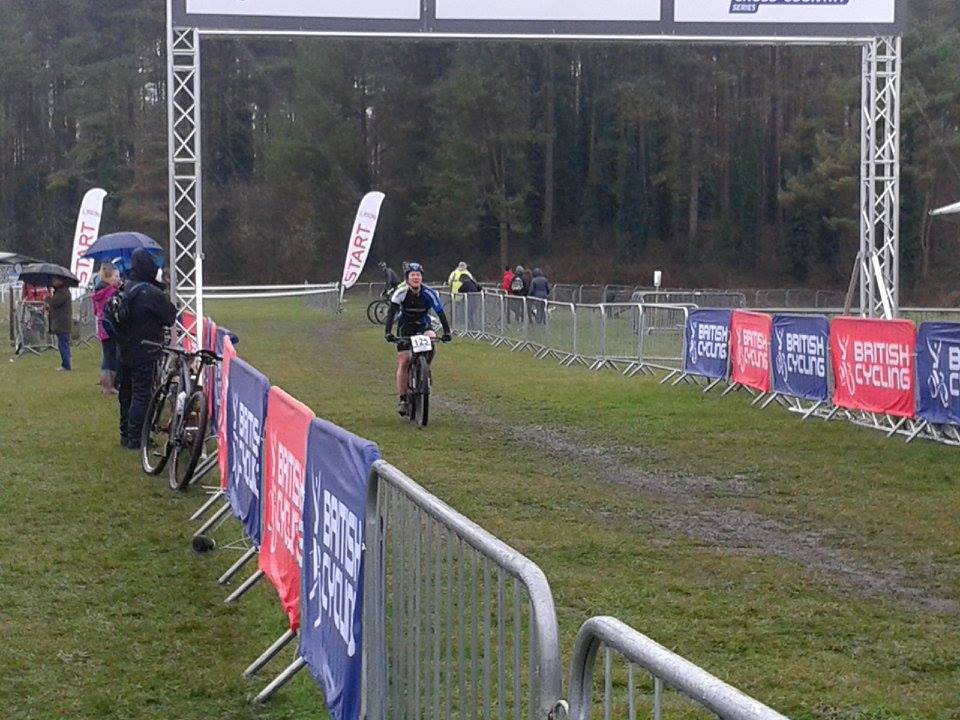 Sussed Out team family The Sampsons travelled to south west Wales to Pembury Country Park for round 1 of the British National MTB XC race series. As soon as they hit the border of Wales it started to rain…..! 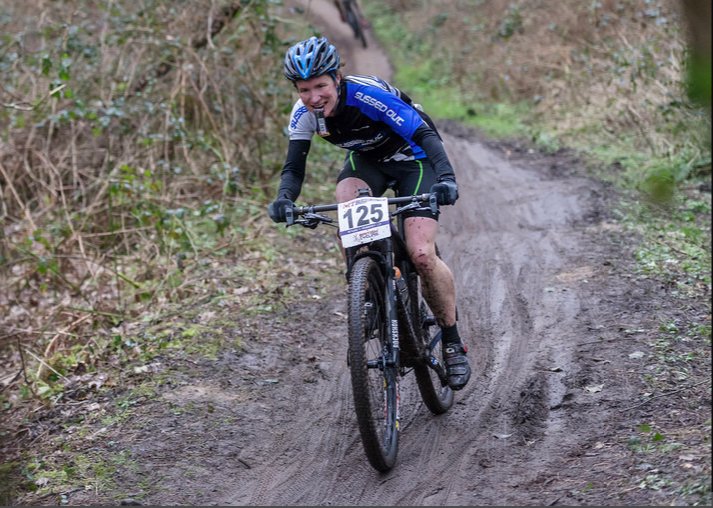 After heavy rain from 9pm Friday evening to Saturday around 12.30pm it was pretty soggy. Andy and Caitlyn pre-rode the course and found plenty of mud and large puddles. The first ‘A’ line was catching many people out and they watched lots of people crashing! Unfortunately a young lad broke his collar bone! 🙁 The BC Commissionaires decided to close the ‘A’ line to investigate the cause of all the crashes so it was taken out for Andy’s race. Andy was racing in the open cat (he’s not got a full race licence due to a planned operation on his foot shortly) and got warmed up on the rollers prior to his race which was at 2.30pm. The course was slippery, muddy but a really great track to race on, which did start to dry out a little with a few dry lines in places. After three laps, Andy was only just warming up but finished a very credible 4th. 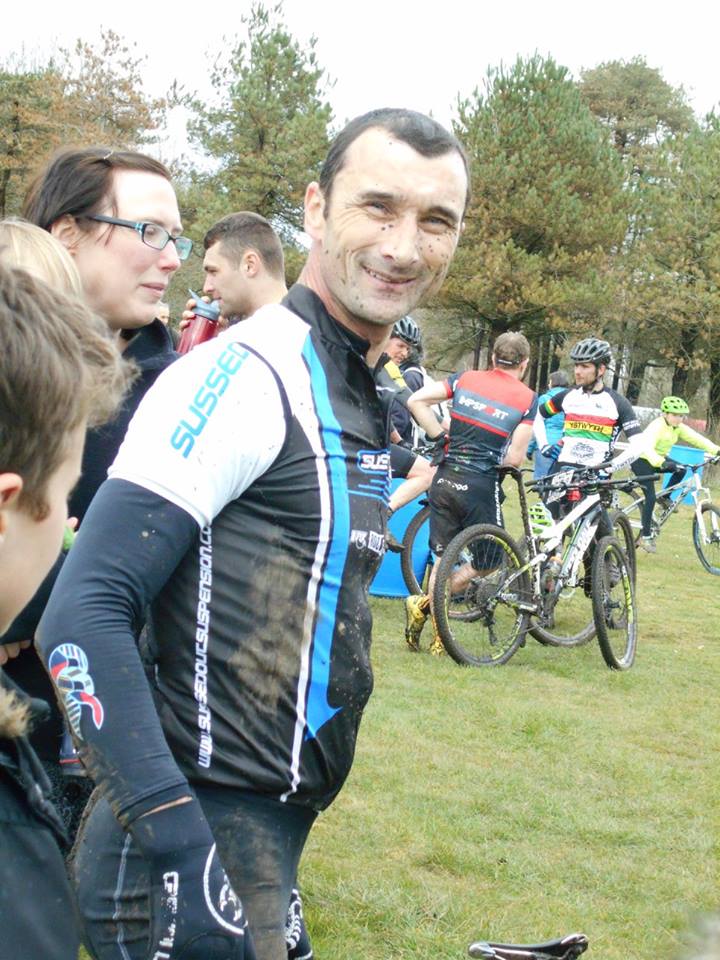 Next was young Dean’s race which was a very competitive group of boys aged 10-12. They had a separate course that took in a couple of steep sharp climbs and singletrack which was wet and muddy too! Dean raced hard for 30 minutes finishing an awesome 5th. 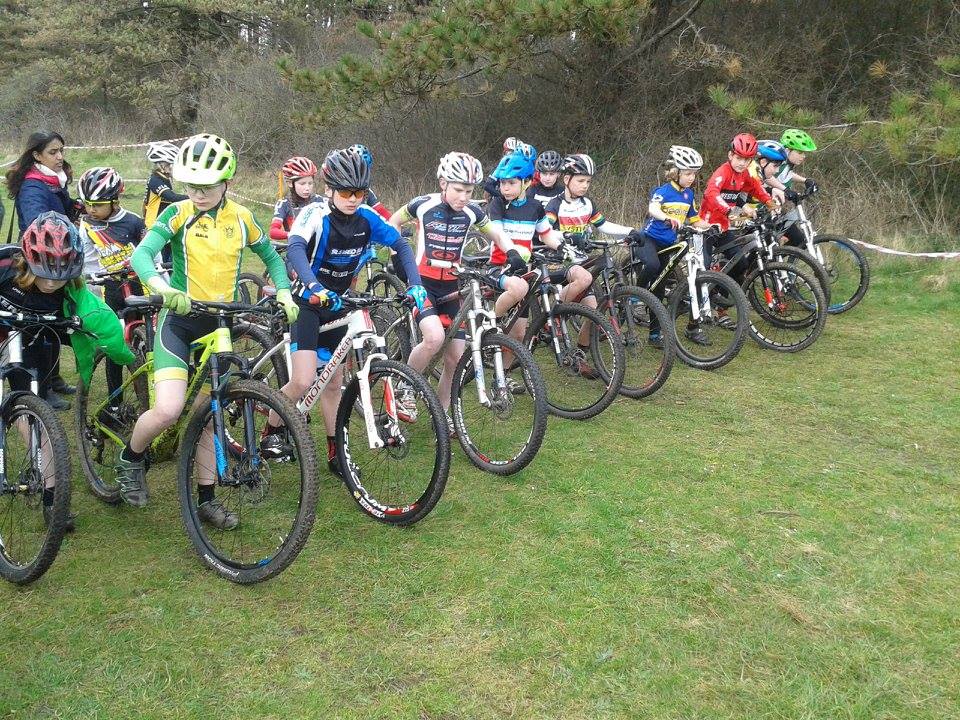 By Sunday morning the rain had really dried out as the venue was so sandy which meant the surface drained really well. Caitlyn warmed up on the rollers prior to her race that started 9am. Caitlyn had gone up to the next category with some really tough competition. The course was flowing so well and the first ‘A’ line had been changed which she rode perfectly 🙂 After three hard laps of racing she crossed the finish line in 11th position. 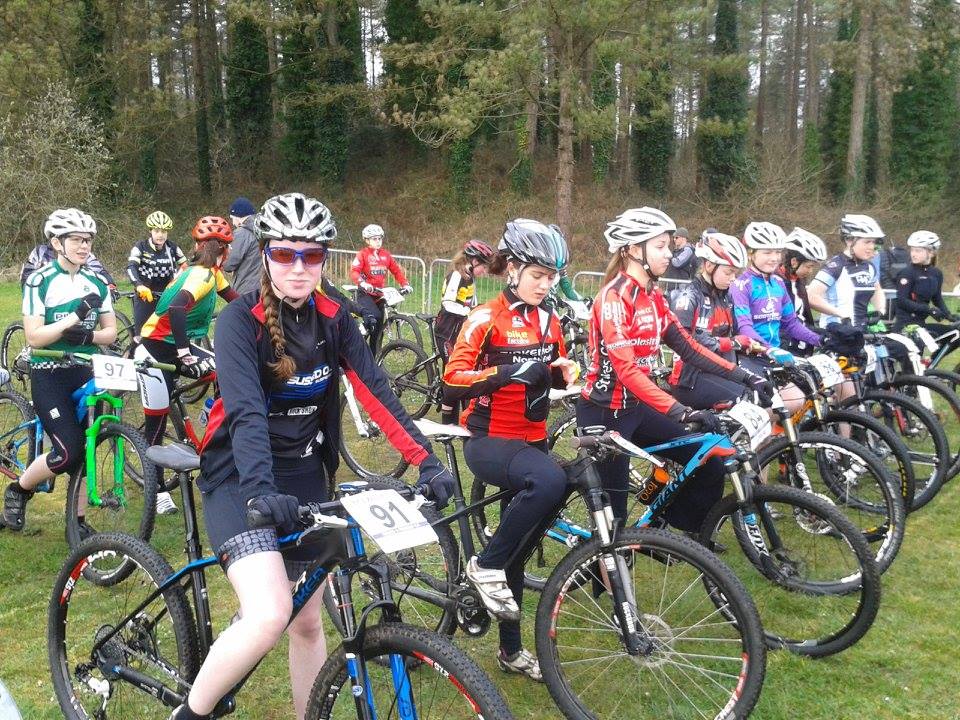 Finally it was time for Laura to race at 1.00pm. The sky was very unsettled with rain forecast during the race, which it did. Laura started third row back and got a very poor start entering the first single track 4th from last. There were 28 in the ladies elite category. Laura fought through the group racing hard and managing to pass plenty of other riders. The rain started during the race which meant parts of the course became very muddy and slippery once again. Laura rode both ‘A’ lines, the second one giving those that rode it quite a few seconds advantage.

After 6 laps Laura finished a fantastic 14th place which was an excellent start to her Elite year!

Thanks to all our sponsors especially our Mitas Scylla tyres that coped really well with the ever changing conditions.

Well done to all our friends that raced, it was great catching up with you all. 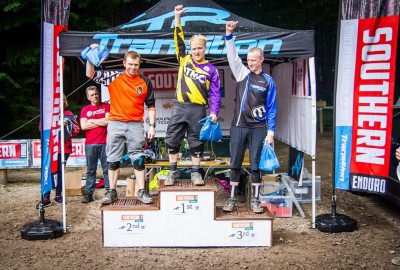 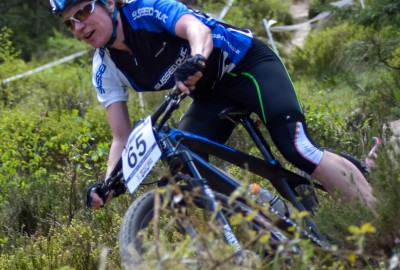 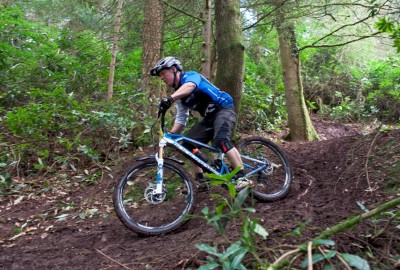 Round 2 of the UK Enduro Series – Triscombe, Somerset 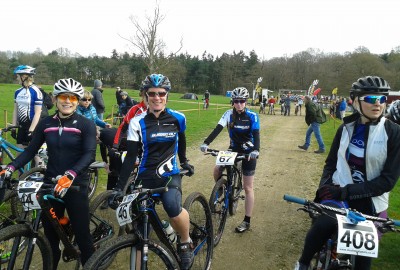 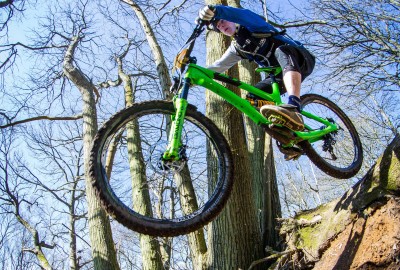 Round 1 of the Southern Enduro Series – Milland, West Sussex

Use this form to find things you need on this site

This website uses cookies to improve your experience. We'll assume you're ok with this, but you can opt-out if you wish.Accept Read More
close